First Time On the Slope: 5 Ski And Snowboard Experiences From Hell By Travel Bloggers

If you’re thinking about learning how to ski or snowboard, be prepared to fall…a lot. I had high hopes the first time I went snowboarding, however I wasn’t too surprised when I failed miserably. I couldn’t stay upright for more than 3 seconds, I got injured and my muscles ached for days afterwards. Luckily, I’m not the only one who had a bad experience! 5 travel bloggers share their first time experience on the slope.

Contents in a nutshell -> show
1. Trying to Stay Upright
2. Marissa From Little Things Travel
3. Vicki from Make Time to See the World
4. Anne From Travel The Globe For Less
5. Chantell From Adoration 4 Adventure
6. Lotte From Phenomenal Globe

I grew up in the Chicago area and lived in various small towns around Illinois before moving to Colorado. The “mountains” I knew were the small hills of the Midwest, where I had tried skiing a total of two times. After I moved, I decided it would be fun to try snowboarding, an activity that had always piqued my interest.

My boyfriend and I both booked a full day lesson, which happened to be on a pretty heavy snow day. We started out easy, learning the basics on a tiny beginner hill. Then we moved our way up to the chairlift to a green run. I couldn’t help but get frustrated when I could barely see in front of me and I couldn’t stay upright for more than a few seconds at a time.

Luckily our instructor was nice enough to help me out as much as possible, but I think I was beyond all hope by the end of the lesson.

The next day I switched out my snowboard for a pair of skis and haven’t gone back since. I am now an avid skier and hit the slopes almost every weekend in the winter. Sometimes you just have to find the activity that’s right for you!

Crashing Into a Fence

Vicki from Make Time to See the World

I’m a skier. I started when I was about 14 when I was booked on a school trip to Switzerland. My mum booked me some weekend lessons at the local dry slope in the north of England so I could learn the ropes and make the most of the trip.

On my first day, we did the basics: ‘Pizza’ to slow down, ‘French Fry’ to go faster down the hill. We only used the small slope – probably no more than a 10m stretch with 5m up the other side to slow you down if you hadn’t quite got the hang of things. I managed for the first few goes, all fine and then I ‘French fried’ too much and I shot down the hill. I was only tiny and so I had no body weight to cause resistance between myself and the slope and so I just kept going.

I flew to the top of the safety slope, continued across the grass and managed to line my ski’s up perfectly between the iron railings bordering the facility, and SPLAT. I crashed into the fence Tom and Jerry style – I swear if I’d have gone through there would have been a cut out shaped like me. I then peeled myself backwards off the railings to the sounds of my mother crying laughing and the instructor running towards me to pull me out of the fence because I wasn’t able to get the skis out myself.

Queue the ultimate tantrum. But I persevered – my school trip was a success and inspired many more. I even moved to the mountains for 4 winters (running hotels) so I could ski more. I love skiing – but don’t ask me about snowboarding!

Anne From Travel The Globe For Less

In the first year of my first ever full-time job, I won the accolade of Top Rookie and bagged myself an all expenses ski trip to Zermatt in Switzerland.

I had never planned to learn to ski, but I wasn’t going to turn down a free trip to a five-star hotel with unlimited food and drink and inclusive ski lessons. The hotel, food and company were amazing, the après ski the best ever, but the skiing was plain awful!

From the god awful uncomfortable boots, to the never ending tumbling into huge snowdrifts, interminable struggles to upright myself and an irrational fear that I was going to lose control and ski off the edge of the mountain never to be seen again, to say skiing and I did not fall in love at first sight would be an understatement!

” To say skiing and I did not fall in love at first sight would be an understatement! “

Almost twenty years later I’m still skiing, and even known to venture onto the blacks occasionally. I’m still prone to the odd squeal when I get over confident and take on a challenge which is really beyond my ability but you can’t beat the exhilaration of careering down mountains.

Paralyzed On The Hill

My worst skiing experience was actually my third time on the slope. I had only been twice before and there had been a good amount of space in between. Enough for me to overestimate my ability to handle a “green” slope (beginner) at Whistler Blackcomb.

Within the first five minutes, I had hit the snow hard. Laying there, face down, as other skiers and snowboarders whizzed past me, I began to wonder what I had gotten myself into. After a few slow and shaky turns, I became paralyzed at the top of a steep slope. My fear had overcome me and I was unable to move.

” After a few slow and shaky turns, I became paralyzed at the top of a steep slope. My fear had overcome me and I was unable to move “

A passing by ski instructor recognised my need for help and stopped to assist me, although he had finished his shift. He spent well over an hour coaxing me down the slope and giving me pointers along the way. Turns out, I was doing everything completely wrong! Now I feel much more confident to go skiing again, however, next time I won’t be in such a rush to leave the bunny slope.

Skiing, it’s one of my favourite things to do in the world! I love the thrill of speeding down freshly prepared slopes, the snow decorated trees flashing by, the cold wind making my eyes water and the fresh air in my lungs.

I vividly remember the first time I stepped on my skies. It felt… natural! Really, I am not one to brag, I am actually a pretty humble person, but skiing felt like something I born to do!

And then I tried snowboarding… Which was the complete opposite! I fell down so many times I lost count on my first day already. I was so bruised it looked like I was severely beaten up. I had pain in muscles I didn’t even know I had. And I was extremely frustrated with myself. How could I not be able to do this while learning how to ski had been such a breeze!

” I was so bruised it looked like I was severely beaten up. I had pain in muscles I didn’t even know I had “

Instead of giving in, I tried snowboarding for 3 years, doing half a week of skiing and half a week of (attempted) snowboarding before I finally quit. Nope, me and snowboarding, not a good combo. But me and skiing, we were made for each other! I just returned from a couple of days in Austria (check my pretty snowy picture post here) and already I cannot wait to go back to that beautiful snowcapped mountains… Next year! 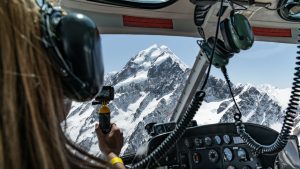