Going Back In Time: Coba Ruins

As an archaeology enthusiast, I had been looking forward to seeing the ancient Mayan city of Coba. Our visit to the Coba ruins was part of an Alltournative tour where our morning was spent exploring a Mayan village, ziplining through the jungle and swimming in a cenote.

Coba was at its height between 600-900 AD, and became one of the most powerful city states in the northern Yucatán area counting over 50000 inhabitants spread over 80 km².

In 1972, archaeological excavations were started and several building groups were excavated over the next few decades which still continue to this day. 6500 Buildings have been found of which only 2% have been excavated. The other 98% are still covered by the vast jungle around Coba.

After a short history lesson, we set off on our 1 hour exploration of the ruins. Our group dispersed like headless chickens in different directions. We rushed to the bike rental shack and not long after we started our journey through the jungle.

Cycling Around The Coba Ruins

At each site there was an area to leave your bike, and if it was gone upon returning you simply picked another and continued your exploration.

The breeze was welcome on this hot afternoon, and the exercise meant I didn’t feel too guilty after the many cocktails and chicken Moles that I had consumed over the previous days. We were rushing from ruin to ruin, bumping over the many tree roots on the dirt road, until we finally arrived at our destination: Nohoch Mul.

Nohoch Mul is the main pyramid of Coba and stands 42 metres tall, which makes it the second tallest Mayan Pyramid in the world with a total of 120 steps to the top.

Over the years, the steps had become weathered and eroded from use. Most climbers ascended up the middle, making use of the large guide rope, however this proved to be too slippery so I decided to skip the rope and stayed to the sides, where the stones were less worn.

It didn’t take long before I reached the summit of this ancient pyramid. I was out of breath, sweating profusely and genuinely wondering why on earth I was so determined to climb a ruin at the hottest time of the day.

The view from the top was worth it. The jungle’s beautiful green canopy, stretching as far as the eye could see, with its secret underground cenotes and hidden treasures, was the reward for those who had endured the climb to the top of Nohoch Mul.

Unfortunately, we were only able to stay a short time, as the afternoon sun was almost unbearable. We carefully made our way back down, avoiding the slippery middle steps, and in high spirits headed back to our bus, where we met up with our group.

However, as soon as we hit the road back to Playa Del Carmen, we started to doze off after a full day of activities.

A MAYAN ENCOUNTER: Book your tour with Alltournative now. Ecoarcheaological adventures in Mexico. 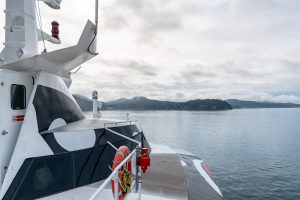 Travel in Style on the V2V Empress 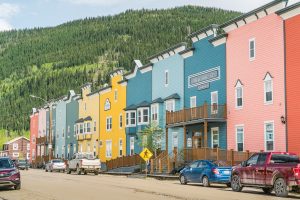 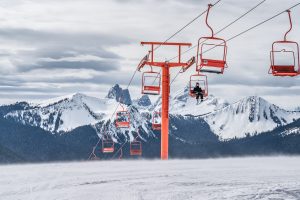